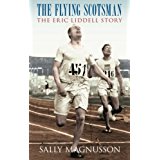 BLURB: Scottish athlete Eric Liddell gave up his chance of an Olympic gold medal in 1924 because he would not run on a Sunday. He then riveted the world by unexpectedly winning gold in a different race altogether. Back home he abandoned fame and sporting glory to become a missionary in China, where he braved the frontline perils of one of the world’s ugliest wars and died in Japanese internment. 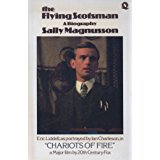 Publication of the first edition was timed to coordinate with the release of the British movie Chariots of Fire in 1981, which won multiple Oscars including Best Picture the following year. The Flying Scotsman quickly became a bestseller in Britain and the United States.  It tells the story of Eric Liddell’s life both before and after the events that inspired the film.