Sally Magnusson is a Scottish author and broadcaster. After focussing on journalism and non-fiction, including the Sunday Times bestseller Where Memories Go, she moved into fiction with the publication in 2018 of her debut novel, The Sealwoman’s Gift. Her second novel, The Ninth Child, will be published by Two Roads in March 2020.

The Sealwoman’s Gift was shortlisted for the Authors’ Club Best First Novel Award 2019, the Paul Torday Memorial Prize, the McKitterick Prize, the Waverton Good Read Award, the HWA Debut Fiction Crown and the Saltire Fiction Book of the Year.  It was chosen for ITV’s Zoe Ball Book Club and the Radio 2 Book Club.

‘Moving, accomplished … Richly imagined and energetically told, The Sealwoman’s Gift is a powerful tale of loss and endurance.’ (Sunday Times)

‘An extraordinarily immersive read that emphasises the power of stories, examining themes of motherhood, identity, exile and freedom.’ (Guardian)

‘An enthralling mixture of recovered history and the imagining of lost lives … this is the best sort of historical novel.’ (Scotsman)

‘Magnusson has found in the silences of the historical record the space for a novel that moves gracefully between what is known and what must be imagined…Much of the pleasure of reading The Sealwoman’s Gift is that of a good yarn well told.’ ( The Times Literary Supplement) 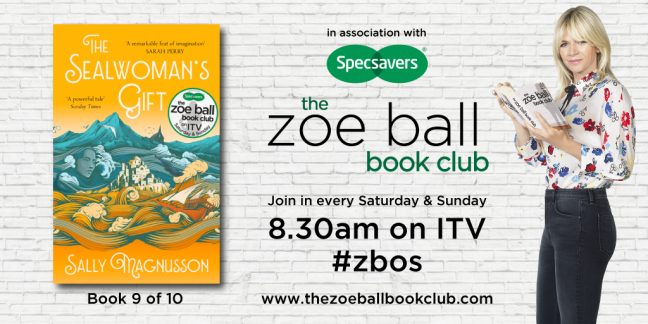